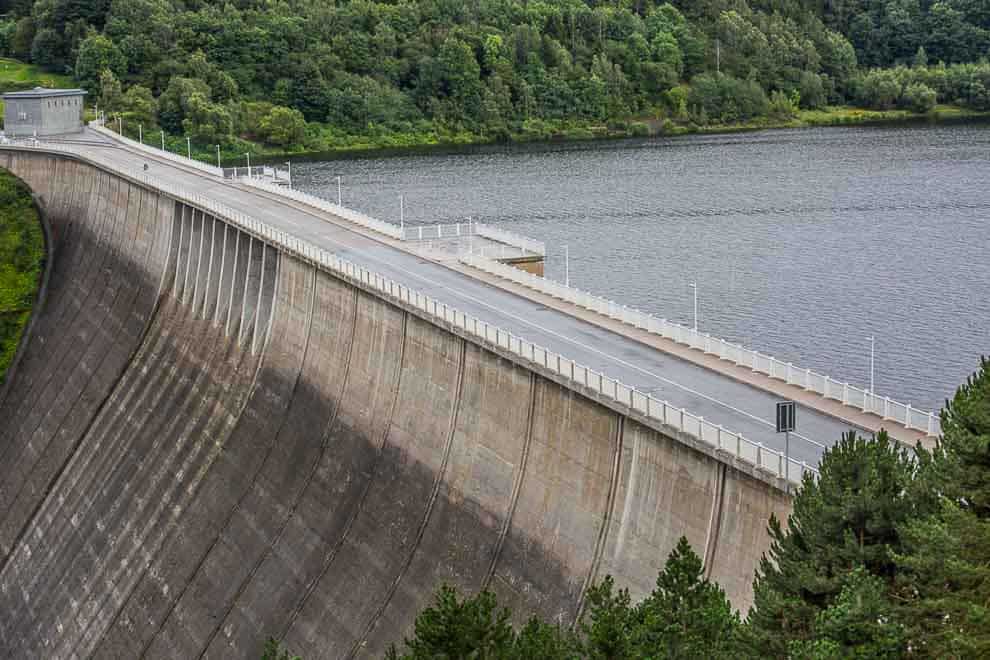 The Rappbodetalsperre im Harz is a technical masterpiece. Built in the 1950s, the Rappbodetalsperre near the town of Oberharz on Brocken has the largest dam wall in Germany – impressive 106 metres high. Here, the Rappbode, the Hassel and other mountain rivers that rise from the border triangle of Saxony-Anhalt, Lower Saxony and Thuringia, are dammed up. Downstream of the reservoir is the smaller Wendefurth dam, which is bordered by forests and is closest to the Bodetal valley. It was also built in the middle of the 20th century. Together they protect the Eastern Harz and the villages on the Bode from flooding. Its northeastern shore is part of the myth rich Harzer Hexenstieg and captivates on a pleasant path with numerous viewpoints.

Embedded by green wooded hills and quiet bays, it lies there, the almost four square kilometre large Rappbode reservoir not far from the Upper Harz Mountains. The best thing to do before the hike is to get an overview of the extensive water areas of the Rappbode and Wendefurth reservoirs and climb the top of the dam wall. If you are looking for some thrills, you should visit Harzdrenalin, the longest double rope slide in Europe. The Megazipline leads across the lake not far from the dam wall and offers a nature and adventure experience at the same time. Less action-packed you can enjoy the often foggy landscape of the Rappboden valley on foot on the suspension bridge parallel to the rope slide and look over the lake and the treetops.

All around the Rappbodetalsperre, a forest lined dam that is a protected habitat for flora and fauna and is known for its abundance of fish – capital pike and carp roam the water -, vegetation and landscape can be explored on several hiking trails. Smaller hills and imposing cliffs are always beautiful vantage points over the restful nature and invite to picnic breaks during the tour.

Rappbodetalsperre – a network of paths for every hiking interest

If you only want to travel for a few hours, the round hike of about seven kilometres around the reservoir and over the suspension bridge Rappbodetalsperre is ideal, on which you almost walk through the clouds on foggy days. The path is always within sight of the water and can be varied or extended at will.

If an entire outdoor day is planned, it is advisable to start in Rübeland in the northwest and hike to the Rappbodetalsperre via promising mountain ranges. After passing the bridge or, if you prefer it less dizzying, the dam wall, you continue to the southeast connected Wendefurth reservoir. Its dam wall also offers a panoramic view of the quiet lakes and forest landscape. Crossing the rushing Bodetal valley and Neuwerk passing you finally come back to the starting point with unforgettable impressions in your luggage. At Neuwerk you can make a detour to the blue lake. Alternatively you can make a day trip from the Rappdodetalsperre to Altenbrak. A beautiful hiking trail leads you directly to the legendary Bodetal.

History and technology of the dam


The first ideas for a Rappbodetalsperre were already put forward at the end of the 19th century. The Rappbodetalsperre was to dam the Bode above Thale and prevent flooding of the Bodetal. The foundation stone for the Rappbodetalsperre was laid on 1 September 1995. The building was completed on 3 October 1959. The Rappodes dam belongs to the municipality of Oberharz am Brocken. The lower part of the building, the reservoir near Wendefurth, belongs to Thale. The reservoir serves as flood protection in the Eastern Harz and supplies Thale and the surrounding villages with drinking water. The Rappbode flows into the Bodetal.

Today, the Rappbodetalsperre is one of the highest dams in Europe Talsperren. At 161 metres, its dam wall is the highest in Germany. The Rappbode reservoir contains about 113 million cubic meters of water. The reservoir is about 9 km long and partly only some 100 meters wide.

The Rappbodetalsperre is a popular excursion destination. The suspension rope bridge over the Rappbode has set a new world record with its 439 meters in 2017. The longest freely suspended cable suspension bridge for pedestrians has so far stood in Sochi Russia. You can walk the bridge for a fee. Outside opening hours you can buy a ticket at a ticket machine and enter the suspension bridge via an automatic revolving door. Further attractions like a double rope slide over the Rappbode (Megazipline) and Wallrunning are offered by Harzdrenalin on site.

Clear, smooth water surfaces, in which the dense, surrounding forests are reflected on sunny days – the Rappbodetalsperre is a quiet eldorado for outdoor enthusiasts seeking relaxation and a picturesque spot of seclusion, which can be ideally experienced on extended hiking tours by the water. All activities (Harzdrenalin, rope suspension bridge…) can be reached directly from the parking lot of the Rappbodetalsperre. From Thale and Rübeland you can reach the dam by car in about 15 or 10 minutes. It takes approx. 30 minutes from the Braunlage in the Oberharz to the dam. 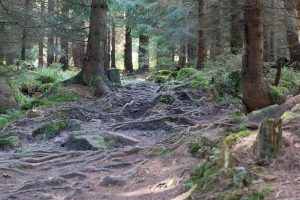 Förstersteig – always following the oak leaf through the nature park 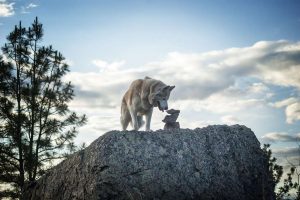 Holiday with dog in the Harz Mountains