Home » The most beautiful Christmas markets in the Harz Mountains 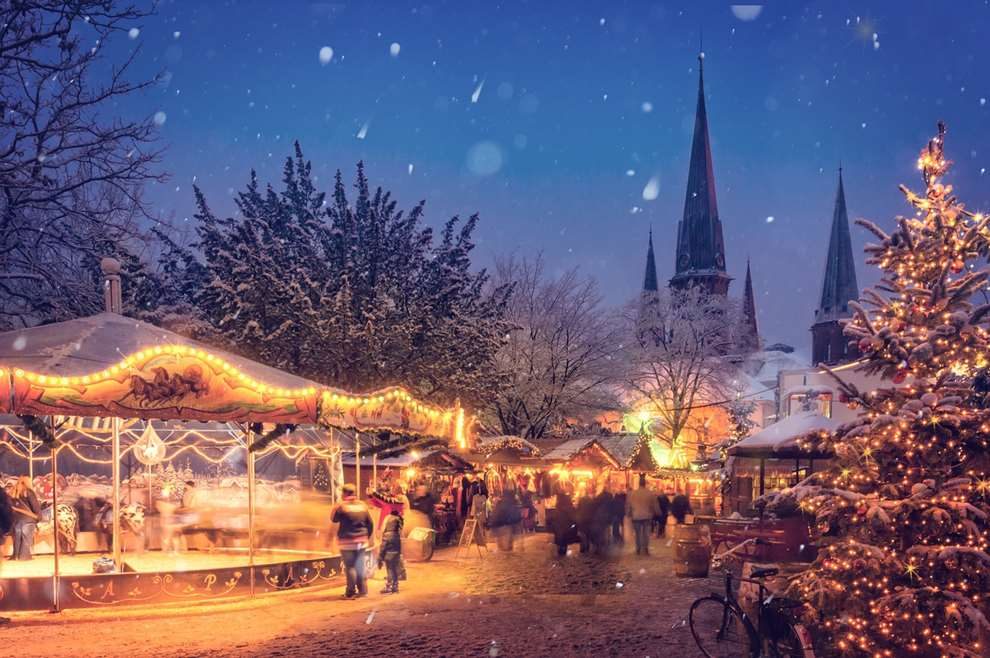 The Christmas market in Goslar is made for young and old Christmas fans. Kaiserworth, town hall and slate-covered half-timbered houses frame the Advent market of the imperial city. Its decorated wooden huts, children’s carousel and other attractions are spread all over the market square around the market fountain. The culinary offer is evidenced by a fragrance mix that comes from roasted almonds, punch and sizzling. Wonderful goods such as decorative candles, tree decorations, sweets and much more await new owners. The Schuhhof is a real fairy tale, just a few steps away from the market square. Every year during the pre-Christmas season, a Christmas forest “grows” on the forest floor from around 60 illuminated conifers. Furthermore, visitors to the Christmas market in Goslar can expect a colourful supporting programme with all kinds of Christmas music and the traditional lantern procession.

To the Christmas market in Quedlinburg and the Advent in den Höfen visitors come from near and far. Matching the listed half-timbered houses, nostalgic little tabernacles and stands are grouped together on the historic market square. All this is surmounted by a Christmas pyramid and the Christmas tree in front of the town hall. The Christmas market in Quedlinburg is the centre of the pre-Christmas hustle and bustle in the self-proclaimed Advent city. The atmospheric ambience continues throughout the old town. Decorated wooden huts in the alleys, delicious smells and the probably largest Advent calendar of Germany on the Schlossberg contribute to this. One of the highlights of Christmas in the Harz Mountains is undoubtedly the Advent in the courtyards of Quedlinburgs. The 20 or so participating courtyards will open their doors on the first three Advent weekends.

With the Christmas Market in Wernigerode the slogan “Colourful City in the Harz Mountains” gets a special meaning. Then the colours of the painted carvings of the half-timbered house with the glittering, colourful Christmas decoration create a festive ambience. When it gets dark, the ensemble shines in the glow of lights, to which large illuminated Herrenruter stars also contribute. The Christmas market in Wernigerode takes place on the Marktplatz and on the Nicolaiplatz. Charmingly decorated stalls, pyramids, Christmas trees and fairy lights transform the square in front of the historic town hall into one of the most beautiful Christmas markets in the Harz mountains. The Christmassy Nicolaiplatz has attractions for children and younger Christmas market visitors. In between, the imaginatively decorated Christmas huts and sales stands in Breite Straße provide an atmospheric flair in Advent.


When Christmas comes in the Harz Mountains, castles, palaces and monasteries also attract visitors with Christmas and Advent markets. In the right light, the old walls form a cosy backdrop for Christmas markets in the Harz mountains. For example, the Christmas market Walkenried in the southern Harz takes place on the monastery forecourt of the former Cistercian abbey. Only for a weekend the organizers set up about 20 stalls in front of the monastery walls. Sweet and hearty delicacies are prepared and handicraft products and handicrafts are offered. A visit to the Weihnachtsmarkt Walkenried can be perfectly combined with a guided tour of the Cistercian Museum. Events in the monastery including musical program points inside and outside the time-honored walls contribute to the pre-Christmas atmosphere. Of course, Santa Claus also visits the Walkenried Monastery at the Christmas Market.

The current dates will be displayed here from the beginning of November. 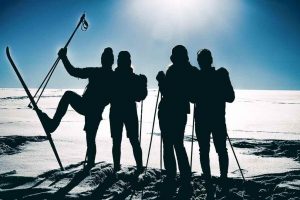 Cross-country skiing – on skis through the Harz Mountains 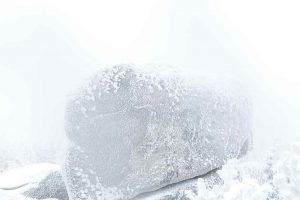 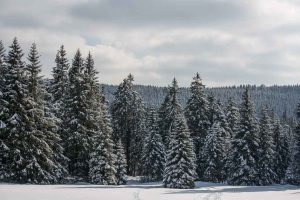