Sandstone caves Harz: they lie in a pine forest at the Regenstein. On a clearing in the army, the large sand caves and fine sand lure to climbing, playing and resting. Along the hiking trails along the former army road, the Little Sand Caves will be explored.

The Small and Large Sandstone Caves in the Harz Mountains are still a Secret tip for hikers. They lie below Regenstein Castle, hidden in the pine forest. The small sandstone caves are distributed along the hiking trails, visible or hidden in the undergrowth. Children like to explore the cavities with flashlights. On a clearing in the army, about the size of a football field, there are the Great Sandstone Caves.

Over time, the short form sand caves has become established, which is true in a way. Because the cave floors are covered with a thick layer of soft sand. The forest floor and the forest paths around are also sandy. Thus the hiker walks on soft paths and finally reaches what is probably the largest sandpit in the Harz Mountains, the Great Sand Caves in the Heers.

Heers probably derives from the old trade and army road at Blankenburg. Large and small cave explorers and climbers will find here a natural adventure playground. The sandstone caves in the Harz are not deep, the cave floor is soft. Deepenings in the sand caves offer climbing aids, washed out gutters serve as a children’s slide and the very youngest can dig.

Many Baltic resorts can only dream of such soft, white sand. Often, almost the entire area of the clearing between the Great Sand Caves is covered with sand. Sometimes the wind also blows up spots. Even on hot summer days it is pleasantly cool with the sandstone rocks. With a clear view there is a nice view to Burg Regenstein. In short, it’s a good place to rest. However, during a picnic a grain of sand can get into the food.

The sandy forest clearing with the large Sandstone caves in the Harz Mountains is a mystical place. It is said that in pre-Christian times it served the Teutons as ritual meeting place. This would also explain the lonely standing Dedingstein in the middle of the square. From the Middle Ages on, the inhabitants of the area got their Stuben sand here, mother nature provided with the erosion for supplies and transforms more and more rock to dust.

Route to the caves and to the rainstone mill

The forest area below the Regenstein is an inviting place for a hike. The sandstone caves in the Harz Mountains are ideal for hiking and tours with children, as the hiking trails all run around the Regenstein fortress and the starting point of the tour can be reached quickly if required. During the hike past the sand caves and rocks there is a lot of history to discover. The castle ruins and the caves are located directly at the edge of the town Blankenburg in the district Heimburg. 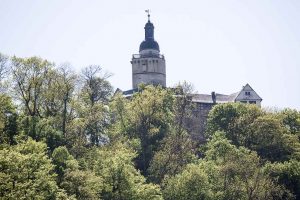 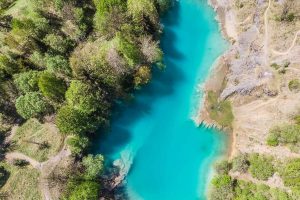 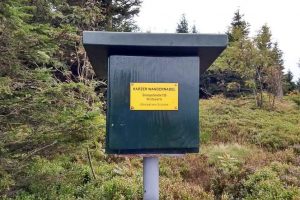