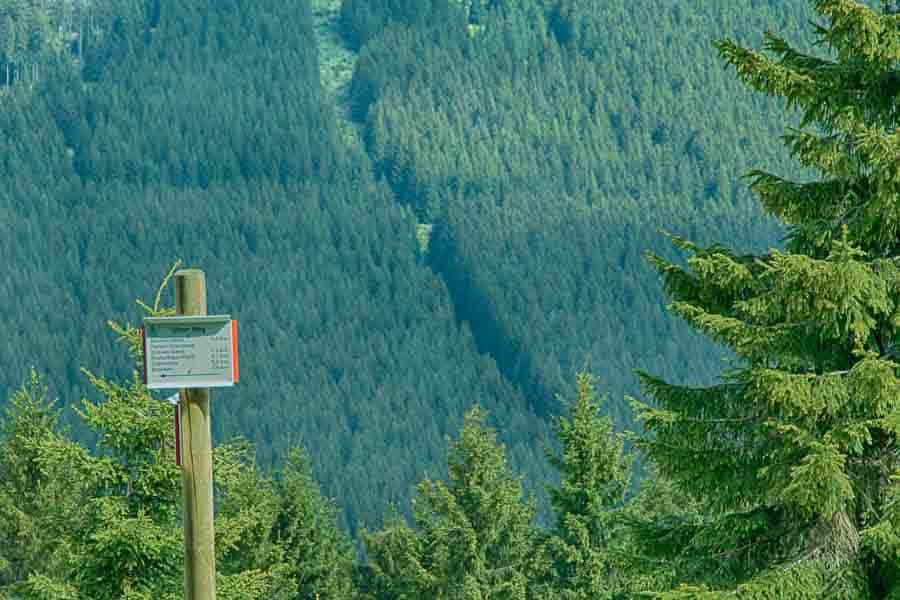 Hiking in the Harz Mountains often leads to mountains, for example to the 971, 2 meter high Wurmberg. Its summit plateau is the highest excursion destination in Lower Saxony and the second highest destination in the Harz mountains. The Wurmberg is located a few kilometres north of Braunlage and southwest of Schierke. Its summit can be reached on foot and by cable car. By nature and with man-made attractions, the Wurmberg offers impressive experiences and outdoor activities all year round.

High above, on the mountain, the mountain adventure world attracts not only the youngest visitors and their spell. It’s a great water playground to romp , slog and experiment. He draws his water from a artificially created mountain lake, which collects water for the snow-making system on the ski slope. The multi-faceted water landscape on the Wurmberg extends between the lake and the mountain station of the cable car. At the Wurmbergalm, in visibility of the beer garden, there is another (dry) adventure playground. In the walk-in goat enclosure and with the guinea pigs and rabbits in the small animal enclosure also small animal friends get their money’s worth.

More action for mountain biking is offered by the Bikepark am Wurmberg with a total distance of 18.000 meters. The largely unspoilt routes have different levels of difficulty and offer beginners and experienced mountain bikers the best possible fun. The monster scooters also promise fast driving fun. On the pedal wheels with thick studded tyres and hydraulic disc brakes, children from the age of 10 are allowed to roll over roots and stones into the valley. During the winter months, skis, snowboards, sledges and toboggans are used for downhill skiing, while cable cars and ski lifts take you back up to Wurmberg.

The well-signposted network of paths at Wurmberg enables hikes of various lengths and difficulty levels. Depending on your condition and preferences, everyone will find their own route. Narrow, unspoilt paths and striking points such as the Worm Mountain Cliffs and the Bode Falls make hiking with children entertaining. If you don’t want to climb up, take the cable car up the mountain and hike downhill. A relatively short round tour leads around the reservoir, a little longer is the way around the hilltop. The circular hike to and from Braunlage is scenic and varied. Landmarks for this route are the crossroads Bratwurst, the Ulmer Weg, Böser Hund and Bärenbrücke. For hikers with good physical condition, the tour can also be combined with an ascent to Brocken.

Tips for a tour on the Wurmberg in Braunlage

Even when the summer sun is shining, a jacket on the Wurmberg often does you good. Because on the hilltop there is almost always a fresh wind blowing, which does not let any sultry air arise. Temperatures rarely rise to 30° Celsius. Basically, the climate can be compared to that of a 1600 metre high Alpine peak. With the Wurmberg cable car, Braunlage has the longest cable car in Northern Germany. A ride between the valley station and the mountain station takes about 12 minutes. The middle station is located at 727 m above sea level. This is where the monster scooter riders start and there is also a connection to the hiking trails.

On the way along the Wurmberg, individual benches, sun loungers or resting places like at the coffee eyrie invite you to linger. Often there is a magnificent view over the Harz mountains. The large car parks at the Wurmbergseilbahn and at the Hexenritt chairlift are ideal starting points for hiking tours. With the chair lift only the skiers in winter come to the Wurmberg. in summer you can only take the Wurmberg cable car in Braunlage to the Wurmberg.

The Wurmberg in the Oberharz is Lower Saxony’s largest ski area. The cable car takes skiers & skiers up the mountain to the middle station or to the summit. The ski area has numerous pistes with different levels of difficulty. The main slope leads from the summit directly to Braunlage to the valley station of the cable car. Those who master their skis can ski the slopes from the summit of the Wurmberg to the Hexenritt and get their money’s worth. The gastronomy on the summit and on the pistes at the Hexenritt offer a summit experience with après-ski. If the weather plays along and there is enough snow, nothing speaks against a skiing holiday in the Harz mountains. 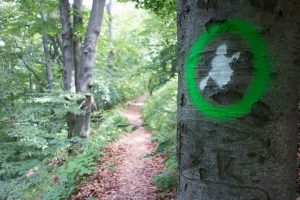 Harzer Hexenstieg – In the footsteps of legends and fairy tales 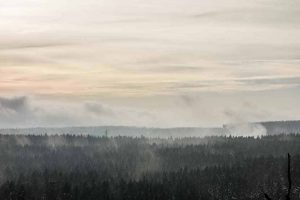 Baudensteig – Experience nature and stop for a bite to eat

Caves in the Harz – the mystical world of the Baumannshöhle & Hermannshöhle