Home » Ilsenburg – nature park town with a long past 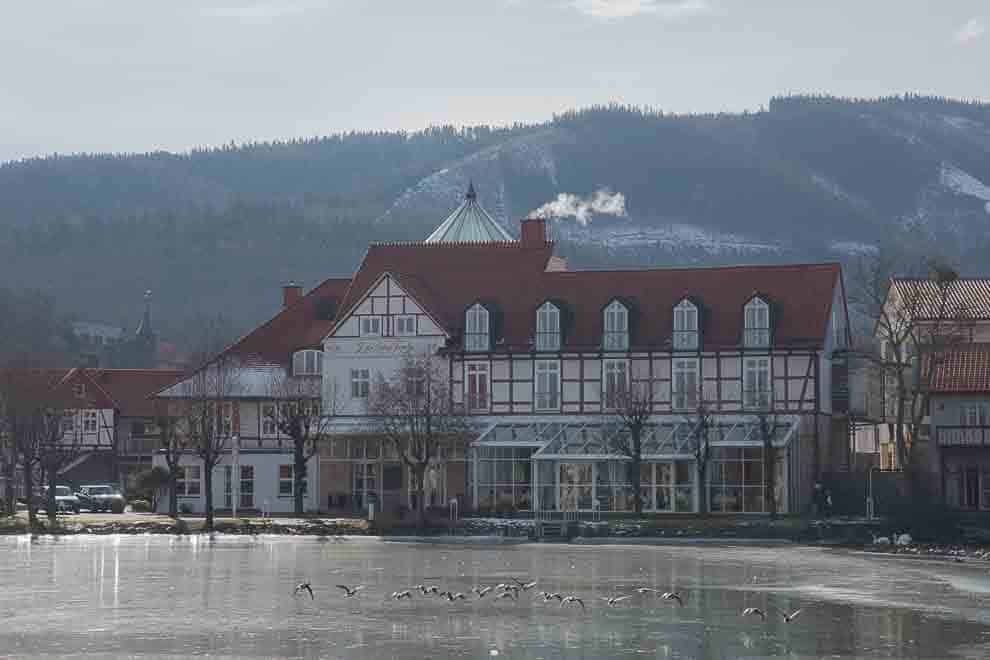 Stroll through winding lanes and set off for a variety of hikes in the surrounding area – Ilsenburg has history and nature to offer and promises a relaxing holiday.

Ilsenburg – In the midst of untouched nature

Ilsenburg lies on the northern edge of the Harz Mountains, surrounded by wooded mountain slopes and cliffs in the valley of the river Ilse. Low houses clad in wood and crooked alleys characterise the image of the city. Ilsenburg can look back on a long history, as it was already guarded in the 10th century by a castle built to protect an imperial hunting ground. Henry II handed the complex over to the bishop of Halberstadt, who had it converted into a monastery. No remains of the new imperial castle on the Ilsestein, which was already destroyed in the early 12th century, have survived.

Since the middle of the 16th century the village has developed into a centre of iron extraction around the pond in the centre of the village which serves as a water reservoir. The first hut was built in 1545 and soon Ilsenburg became world-famous for its art casting. You can learn more about this on the Industry Trail “From Ore to Metal”. The Counts of Stolberg-Wernigerode were so impressed by the beauty of the place and the surrounding landscape that they chose Ilsenburg as their residence for several decades. Ilsenburg was finally awarded economic importance by giving all city rights in 1959 and recognizing it as a climatic health resort in 1947.

To treasure troves of history

Founded in 1018, the Benedictine monastery Ilsenburg in the south of the city forms part of the Harzer Klosterwanderweges, which connects outstanding historical sites. The monastery can be considered one of the most influential places of church activity in the northern Harz and is a gem of Romanesque architecture from the 11th and 12th centuries.
On natural paths you can hike three kilometres from Ilsenburger Kloster to Drübeck in the south-east, where besides the historical experience the relaxing encounter with the charming nature is in the centre.

In one day on the lumps

From Ilsenburg you can climb the highest peak of the Harz mountains on a day trip. The Heinrich-Heine-Weg, which the writer took downhill in the early 1820s, leads through nature reserves past the rocky Scharfenstein elevation to the plateau. The area around Scharfenstein has served as a cattle pasture for the town of Ilsenburg since the late Middle Ages. Their shepherd’s house became the nucleus of today’s excursion restaurant, in which one can rest for the further, short hike and strengthen oneself with a snack. Because the Brocken calls. 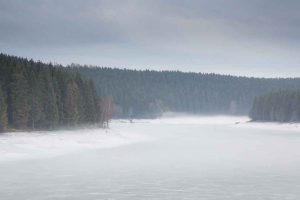 The most beautiful reservoirs in the Harz Mountains 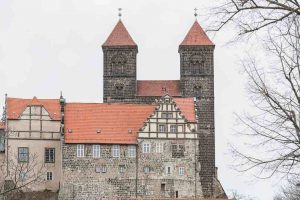 Quedlinburg – A journey back in time to the Middle Ages 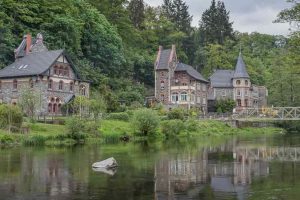 Treseburg – immerse yourself in the tranquillity of the Harz landscape